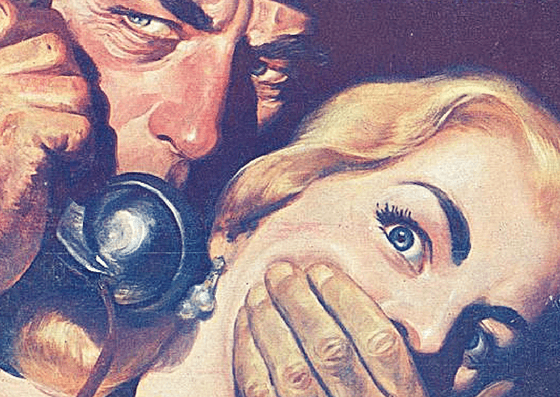 Theatre Conspiracy at the Alliance for the Arts presents the first production of its 2017-18 season: Women in Jeopardy by Wendy MacLeod and directed by Bill Taylor. Modern, fun and flirtatious, Women in Jeopardy tells the story of three divorced women trying to cope with being single mothers, the dating scene and the dangers of camping in the red rocks of southern Utah with a serial killer dentist!

Liz Abbott, Stephanie Davis and Karen Goldberg star in this riotous comedy about trading in wine glasses for spy glasses when the mid-life crisis just isn’t your speed. Attempting to get to the bottom of a murder mystery, these ladies’ imaginations run wild as they try to discover the truth and save their friend in this hilarious adventure.

Women In Jeopardy opens Aug. 11 and runs through Aug. 26. Performances are Thursdays, Fridays and Saturdays at 8 p.m. with a 2 p.m. matinee on Aug. 20. This production of Women In Jeopardy is sponsored in part by Susan Ion Hogan, DDS.

Season subscriptions  are available and range from $105 per person for 5 shows to $153 per person for all 9 shows. Individual tickets to each show are $25, $11 for students or $22 for Alliance members.

An outrageous comedy about the price of fame, the cost of things, and the oddest of odd jobs.

Alex More has a story to tell. A struggling actor in L.A., Alex takes a job working in the Malibu basement of a beloved megastar: Barbra Streisand. One day, the Lady Herself comes downstairs to play. It feels like real bonding in the basement, but will their relationship ever make it upstairs?

After serving jail time on a trumped-up vagrancy charge, blues musician Floyd “Schoolboy” Barton sets out to win back his girl and reclaim his pawned guitar, hoping to make a new hit record. Set in 1948 in the backyard of a Pittsburgh apartment house, Seven Guitars follows Floyd’s circle of friends and neighbors—the play’s seven voices—as they spin a rich tale of the deck that’s stacked against them, what they’ve lost and all they dream.

This lyrical play is part of August Wilson’s American Century Cycle, which charts the African-American experience through each decade of the 20th century.

Back by popular demand! With only the aid of a steamer trunk full of props, Timur Kocak plays all 24 roles in this dynamic one-man version of Charles Dickens’ 1843 holiday classic.

Fresh off their successful run in New York City, comedic musical improvisers interview a couple in the audience about their relationship and spin an impromptu musical about the couple’s love story. If you like comedy, musicals, or just being in love, this show was designed for you.

“The premise sounds nearly impossible, but the execution is reliably brilliant.” — The NY Times

The evening will begin at 7 p.m. with a reception in the gallery with food, wine and drinks. At 8 p.m. there will be reading from the top three entries of the Annual New Play Contest. After the last play is read, the audience will vote for their favorite and determine the winner. That show will then be produced in full in August of 2018. Tickets to the New Play Contest are $50.

Amidst the fallout from her 5th grade son’s suspension from school, a mother demands answers. What begins as a highly charged parent/teacher conference with Gidion’s reticent teacher soon develops into a revelatory confrontation. A thought-provoking exploration that keeps us guessing about where to lay blame when children go astray. A suspenseful drama that is as elegant as it is chilling.

A stark and unforgiving look behind the façade of an ideal marriage: Nora and Torvald Helmer are living their dream life, happily married with children and security. When Nora risks her reputation to save her husband’s life, the consequences test the limits of their love.

A hotshot fighter pilot sidelined by pregnancy is forced to operate military drones from a windowless trailer in the Las Vegas desert. This one-woman show targets our assumptions about war, family, and the power of storytelling.

A fateful life insurance policy becomes a catalyst that will forever transform the lives of a family living on the South Side of Chicago, as they consider buying a house on the white side of town. Their shared dream of a better life collides with conflicting aspirations, betrayal and racism in this timeless production.