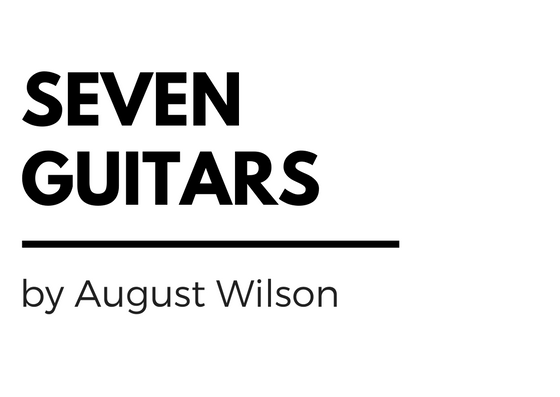 After serving jail time on a trumped-up vagrancy charge, blues musician Floyd “Schoolboy” Barton sets out to win back his girl and reclaim his pawned guitar, hoping to make a new hit record. Set in 1948 in the backyard of a Pittsburgh apartment house, Seven Guitars follows Floyd’s circle of friends and neighbors—the play’s seven voices—as they spin a rich tale of the deck that’s stacked against them, what they’ve lost and all they dream.

This lyrical play is part of August Wilson’s American Century Cycle, which charts the African-American experience through each decade of the 20th century.

This production of Seven Guitars is kindly sponsored by Noreen Raney.