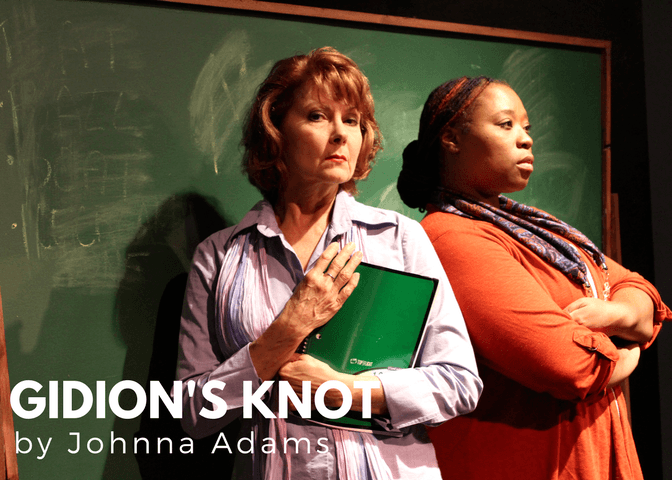 Amidst the fallout from her 5th grade son’s suspension from school, a mother demands answers. What begins as a highly charged parent/teacher conference with Gidion’s reticent teacher soon develops into a revelatory confrontation. A thought-provoking exploration that keeps us guessing about where to lay blame when children go astray. A suspenseful drama that is as elegant as it is chilling.

A talkback with a panel and cast will take place after the February 18th performance. Talkbacks are open to the public and allow the discussion of ideas, themes and performance of the play. Principals Mara Vertrees and Ken Savage will host the panel. Seasoned education professional and Alliance for the Arts Assistant Director Brandi Couse will moderate.

What the Critics Say:

“…resonant…[a] particularly eloquent study of people caught between the competing demands of reason, morality and family…harrowing…a narrative that is as elegant as it is chilling.” —Washington Post

“Gidion’s Knot is is as sad as life itself, and as funny and startling as well…a beautiful, disturbing story.” —DCTheatreScene.com

LAST HOT DEAL OF THE SEASON:
Last chance to subscribe and save big. Choose any three of the four remaining shows in our 2017/18 season and receive an exclusive $60 ticket bundle. That means you can enjoy three shows at a cost of $20 per ticket! Use promo code: 3pack