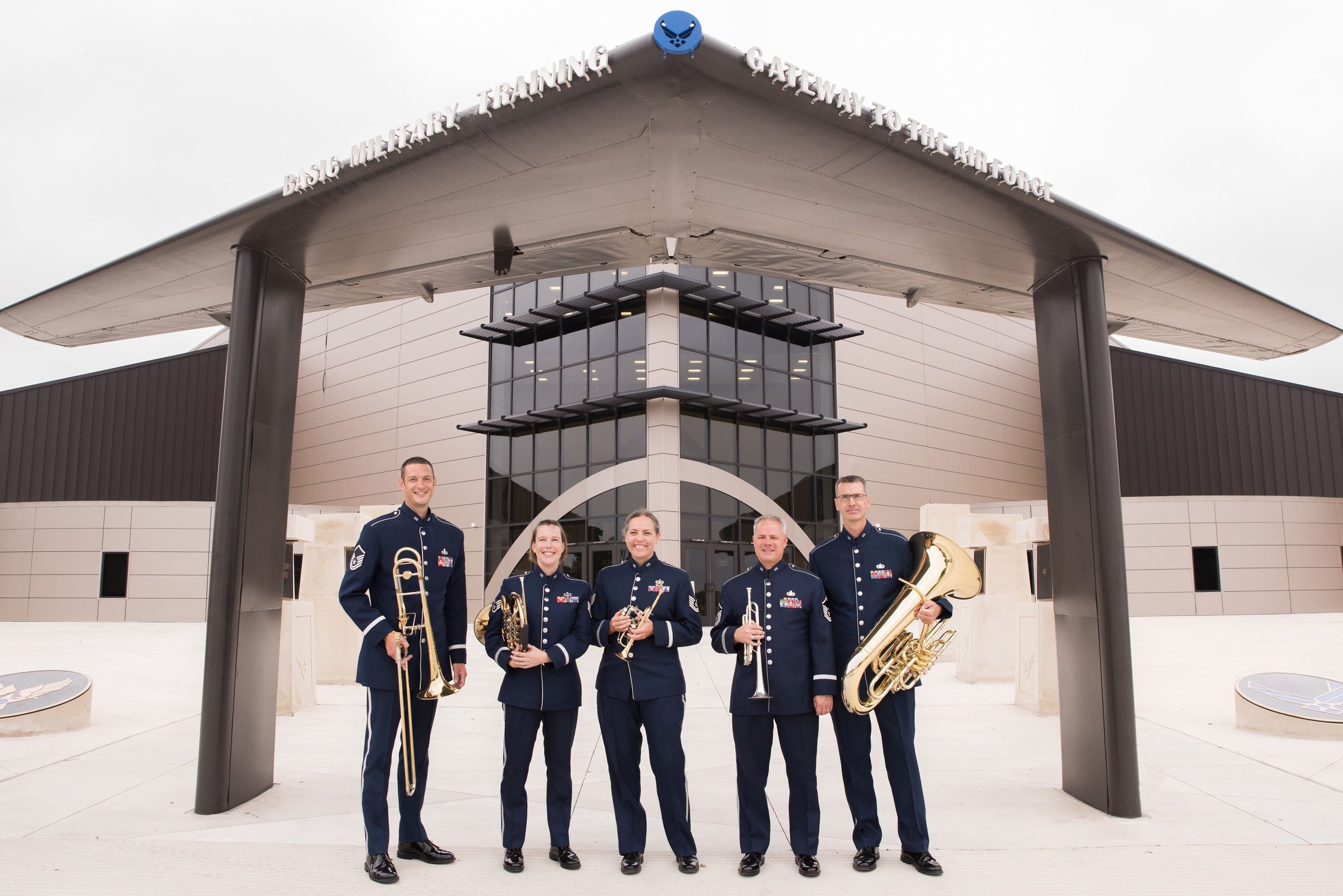 Online registration has closed. This event is sold out.

The Alliance is excited to welcome the United States Air Force Band of the West – Freedom Brass for a special free concert in the theatre.

Freedom Brass, the brass ensemble of the United States Air Force Band of the West, is stationed at Joint Base San Antonio-Lackland, Texas. The ensemble is comprised of two trumpets, French horn, trombone and tuba and is dedicated to presenting to its audiences the total spectrum of today’s musical literature.

The members of Freedom Brass bring to the United States Air Force many years of professional experience with symphony orchestras, chamber ensembles, touring shows, and today’s popular artists. This group has been featured in performances at the New York Brass Conference and Boston University’s Tanglewood Music Center. Freedom Brass performs for civilian and military audiences throughout the southwestern region of the United States of America with a repertoire spanning five centuries.

This concert is brought to you in part by our generous sponsor Leigh Frizzell Hayes.