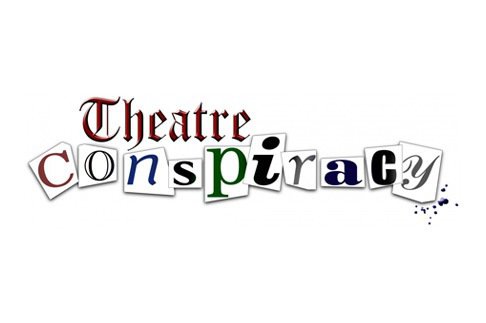 The evening will begin at 7PM with a reception in the gallery with food, wine and drink. At 8PM there will be readings from the top three entries to the Annual New Play Contest. After the last play is read the audience will vote for their selection to determine the winner. That show will then be produced in May of 2016. Visit Theatre Conspiracy’s website to purchase tickets.

The New Play Contest, now in its 18th year, provides opportunity for audiences to get involved with the contest process itself, rather than the end result. Finalists were selected from over 600 entries across the United States, Canada, Israel, Thailand and England.

NOLI TIMERE (Don’t Be Afraid) by Jared Michael Delaney tells the story of a newly-ordained priest and his sister are made to confront something from their past that neither is expecting when a strange man knocks on the door of the rectory late one night. A confrontation occurs that leads them both into a frightening world that may, in fact, just be our own.

Caesar’s Blood by Rich Rubin takes place in late November 1864. The Civil War is still raging, and President Abraham Lincoln has just been re-elected. At New York’s Winter Garden Theatre, the elite of Manhatten have gathered to watch a one-evening-only benefit performance of Julius Caesar  starring the three most celebrated actors in America, the iconic Booth brothers – Edwin, Junius Brutus and John Wilkes. John, heralded in the tabloids as “the handsomest man in America,” is a fervent believer in the Confederate cause, and had already been arrested for his seditious comments about the President and the North. His older brothers Edwin and Junius Brutus, meanwhile, are ardent supporters of Lincoln and the Union. Both before and after the performance of Shakespeare’s bloody tragedy, the three brothers spar about politics, theater and the roots of their heated sibling rivalry. A play based, as the saying goes, on true events.

Highness by Carolyn Kras dramatizes Princess Elizabeth I and Queen Katherine Parr’s journey of friendship and betrayal while exploring challenges faced by women in politics. Before Elizabeth I became an iconic Queen, she was a troubled teenager meeting her fourth stepmother, Katherine Parr. Katherine becomes Elizabeth’s greatest mentor, but politics and personal betrayal threaten to tear them apart.

Grand Piano Series presents Boyd Meets Girl for family-friendly concerts with inspiring music. Each Concert is limited to 30minutes to ensure the best experience for all ages. Our youngest community members are…