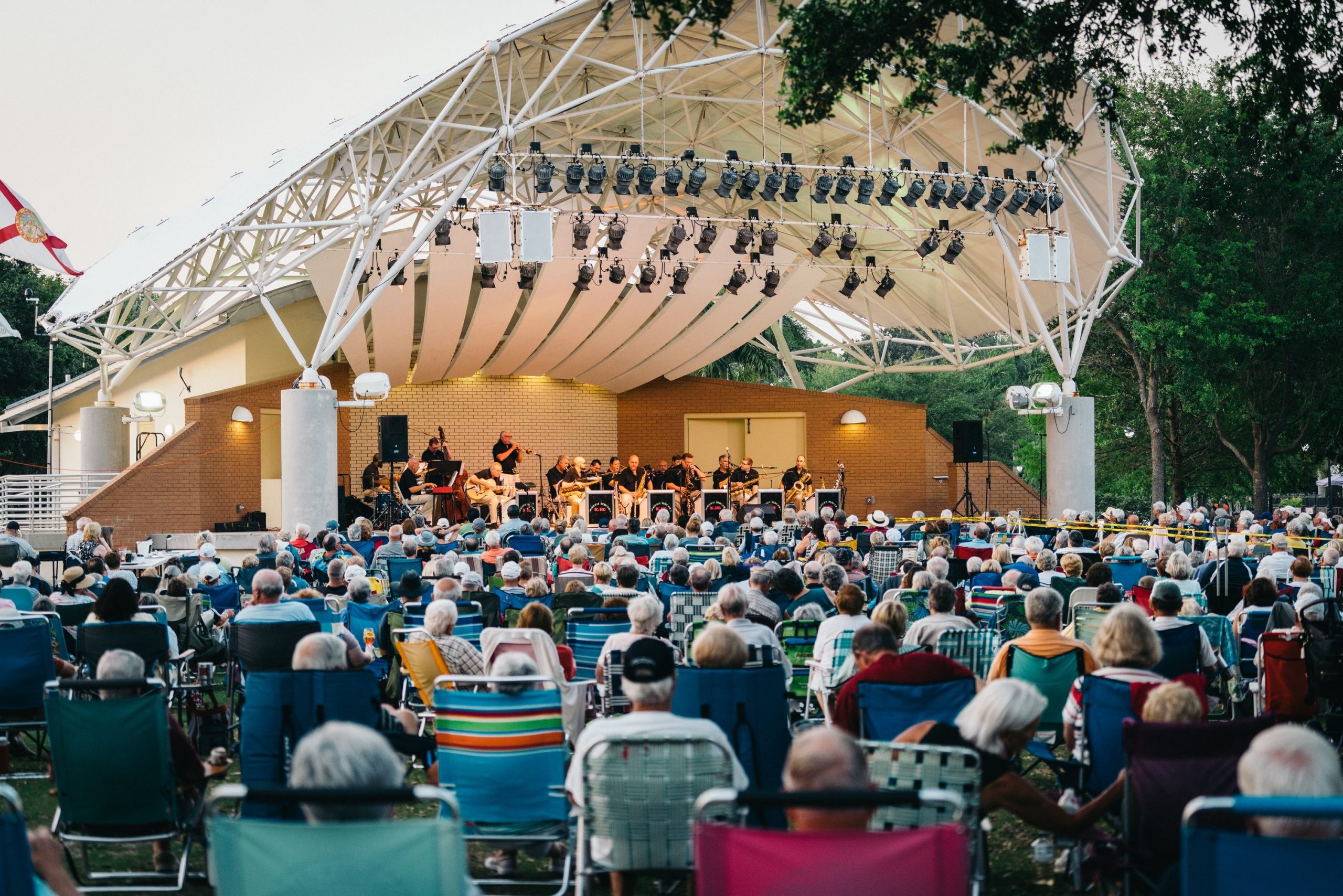 Good times, great entertainment benefiting the Alliance for the Arts!

We invite you to join us for a wonderful evening of music under the stars, as the finest professional big band in southwest Florida, The Stardust Memories Big Band, plays some of the greatest hits of Glenn Miller, Benny Goodman, Artie Shaw, Duke Ellington, Count Basie, Tommy Dorsey and many, many more.

While the concert is open to the general public, a $10 donation per person is suggested to help keep Alliance programming affordable and accessible.

The Stardust Memories Big Band is the vision of founder and band leader Craig Christman. It is comprised of some of southwest Florida’s finest professional jazz musicians and was created to carry forward the legacy of this true and original American art form to dance venues and the concert stage, through public and private performances. And, to play it with the quality and energy with which it was originally performed. Now in its third season, The SMBB performs in numerous country clubs, private concert venues, and conducts a public concert series each season at Riverside Park in Bonita Springs and Cambier Park in Naples. To learn more about the SMBB, visit www.stardustmemoriesbigband.com.