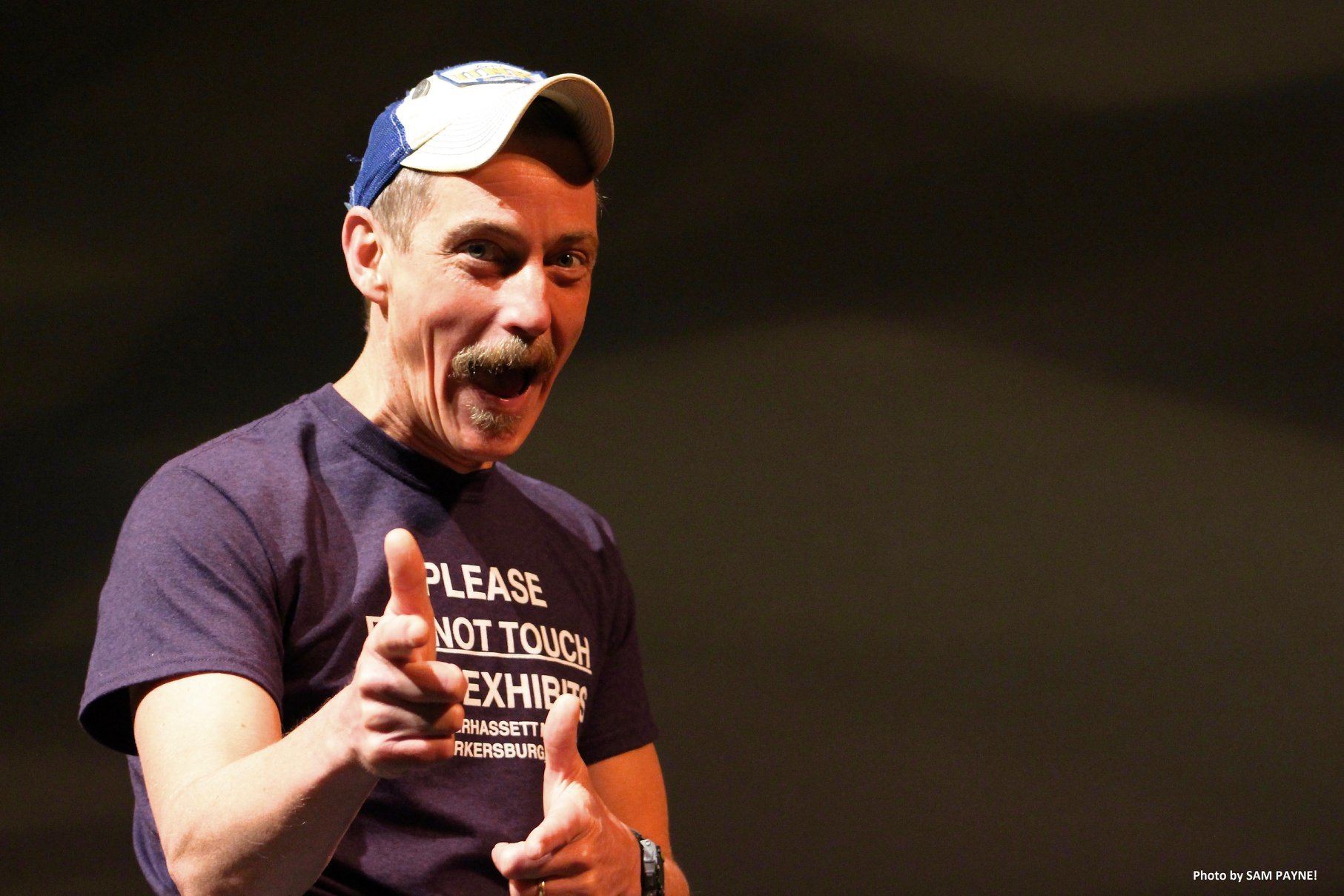 Back by popular demand! The side-splitting funny man returns!

Get ready to laugh yourself silly! Bil Lepp is a master storyteller, a champion liar and he’s headed to the Alliance for two unique performances at 2 pm and 7 pm on March 21!

What the Critics Say

“Bil Lepp is the Wonder Bra of storytelling. He takes something small and insignificant and pushes it up into something realllly BIG and miiiighty interesting!”    — Barbara McBride Smith

“The audience could barely stop laughing long enough to catch the next twist in the tale…” — Andrew Milman, Journal Sentinel, WI

Growing up in a family where the truth was fluid, Bil Lepp became adept at spinning tales and exaggerating circumstances at an early age. A nationally renowned storyteller and five time champion of the West Virginia Liars’ Contest, Bil’s outrageous, humorous tall-tales and witty stories have earned the appreciation of listeners of all ages and from all walks of life. Though a champion liar, his stories often contain morsels of truth which shed light on universal themes. Be it a hunting trip, a funeral, or a visit to the dentist, Bil can find the humor in any situation. Lepp explains that while his stories may not be completely true, they are always honest.

Bil is the author of six books and sixteen audio collections. His first children’s book, The King of Little Things, won the PEN Steven Kroll Award for Picture Book Writing, received a Kirkus Starred review, and favorable reviews from The Wall Street Journal, Publishers Weekly, The School Library Journal and other publications. It also won the Zena Sutherland Award, the Parent’s Choice Gold Award, was a finalist for the Irma Black Award, and was chosen to be West Virginia’s book at the National Book Festival.

A storyteller, author, and recording artist, Lepp’s works have received awards and recognition from The Parents’ Choice Foundation, The National Parenting Publications Assoc., and the Public Library Assoc. In 2011, Bil was awarded the National Storytelling Network’s Circle of Excellence Award. Lepp has been featured 15 times at the National Storytelling Festival, and performed at major storytelling festivals, at the Smithsonian Folklife Festival, and at corporate events and functions across the country. He performed at Comedy Central’s Stage on Hudson in Los Angeles, CA.

Bil lives in Charleston, WV with his wife and two children.