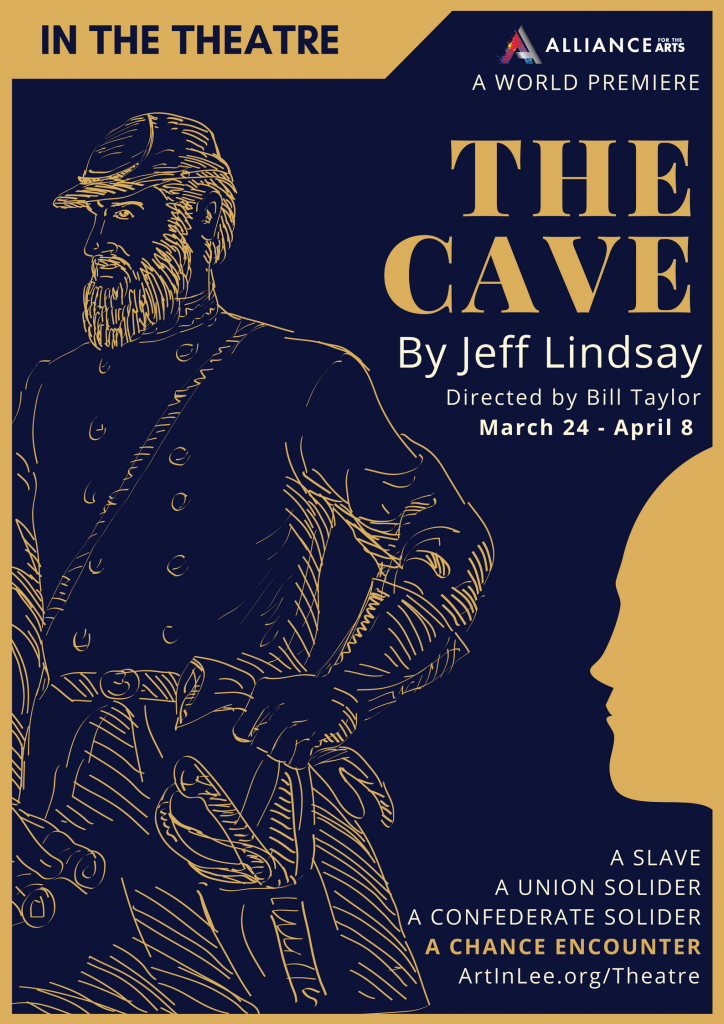 Theatre Conspiracy presents the world premiere of The Cave by Jeff Lindsay and directed by Bill Taylor at the Alliance for the Arts.  The Cave is set during the Civil War in a hidden cavern, where an escaped slave, a blind Confederate soldier and a Union deserter hide out to seek freedom and survival. The production is a drama with themes of race, belief and mortality.

Jeff Lindsay is the award-winning author of the New York Times bestselling Dexter novels upon which the international hit TV show Dexter is based. Although a full-time writer now, he has worked as an actor, comic, director, bounder, singer, songwriter, voice-over artist, teacher and sailing instructor.

Lindsay has written twenty-two plays which have been produced in New York, New Haven, Key West, Pittsburgh, London and California. For 5 years, Lindsay wrote “Fatherhood,” a semi-syndicated weekly column on parenting from the male perspective. He hosted several local PBS-TV shows and a documentary. Hemingway In Cuba, which was seen nationally on PBS.

“We’re fortunate to have a powerful cast who embrace and embody each character’s unique disposition,” says Bill Taylor, Founder and Producing Artistic Director of Theatre Conspiracy.

The cast for The Cave includes a host of local actors including:

Performances are March 24 – April 8 on Thursday, Friday, and Saturdays at 8 p.m. with one Sunday matinee on April 2 at 2 p.m.