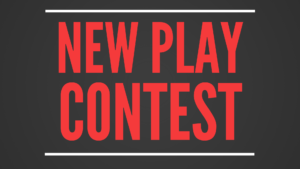 Theatre Conspiracy at the Alliance for the Arts announces the three finalists for the 21st Annual New Play Contest: Love and Communication by Jim Christy, The Wild Boar by Daniel Damiano and The Chechens by Phillip Smith. Finalists were selected from over 600 entries from around the world. The audience will vote for their favorite at the event on Dec. 14 at the Alliance for the Arts 10091 McGregor Blvd. Fort Myers FL  33919.

The New Play Contest, now in its 21st year, provides an opportunity for audiences to get involved with the contest process itself, rather than the end result.

The evening begins at 6:30 p.m. with a reception including food and drink. At 7:30 p.m. selections from the finalists will be read by a cast of Alliance for the Arts actors. After the conclusion of the final reading the audience will vote for which show they think should be the winner. The winning script will be given a full production in the Alliance’s 2020-21 Season and receive the Janet & Bruce Bunch New Play Contest Award.

“Our New Play Contest is a daunting task each year, but the payoff is worthy of the effort,” says artistic producing director Bill Taylor. “Supporting new work is an important part of our mission. These playwrights and their work are the future of theatre in America.”

Tickets are $50 and include the reception and readings.  Tickets can be purchased at ArtInLee.org/NewPlayContest or by calling 239-939-2787.

Love and Communication by Jim Christy

Samuel Holden is by all accounts, a spectacularly beautiful child. His parents, school administrators, therapists and lawyers fighting about the best way to treat his autism all agree on that. And practically nothing else.

His father Rob will do anything necessary – anything — to get Samuel into a private school with a years-long waiting list. For his mother Megan, the answer is a relatively new therapy patented by a charismatic doctor. As these increasingly desperate efforts take them in different directions, their marriage — and their relationship with their son — hang in the balance.

The show is about autism as an analogy for the difficulty people have communicating with each other. Every allegedly normal character in the play — parents, educators, bureaucrats — displays an inability to communicate or to show empathy for those they are supposed to love, the core of autism.

The Wild Boar by Daniel Damiano

A newly retired teacher moves to a remote island, seeking nothing but solitude and serenity. However, when a boar arrives at her house one day, an unlikely relationship develops, bringing about unexpected feelings from her past, while placing her at odds with the local authorities and the island’s other inhabitants.

The Wild Boar by Daniel Damiano was a finalist for the Woodward/Newman Drama Award and Bloomington Playwrights Project.

The Chechens by Phillip Smith

In modern Chechnya homosexuals are rumored to be held in camps. Can one family protect their brother suspected of being gay, or will they honor kill him to protect the name of the family? What prevails in the end-religion, politics or love?