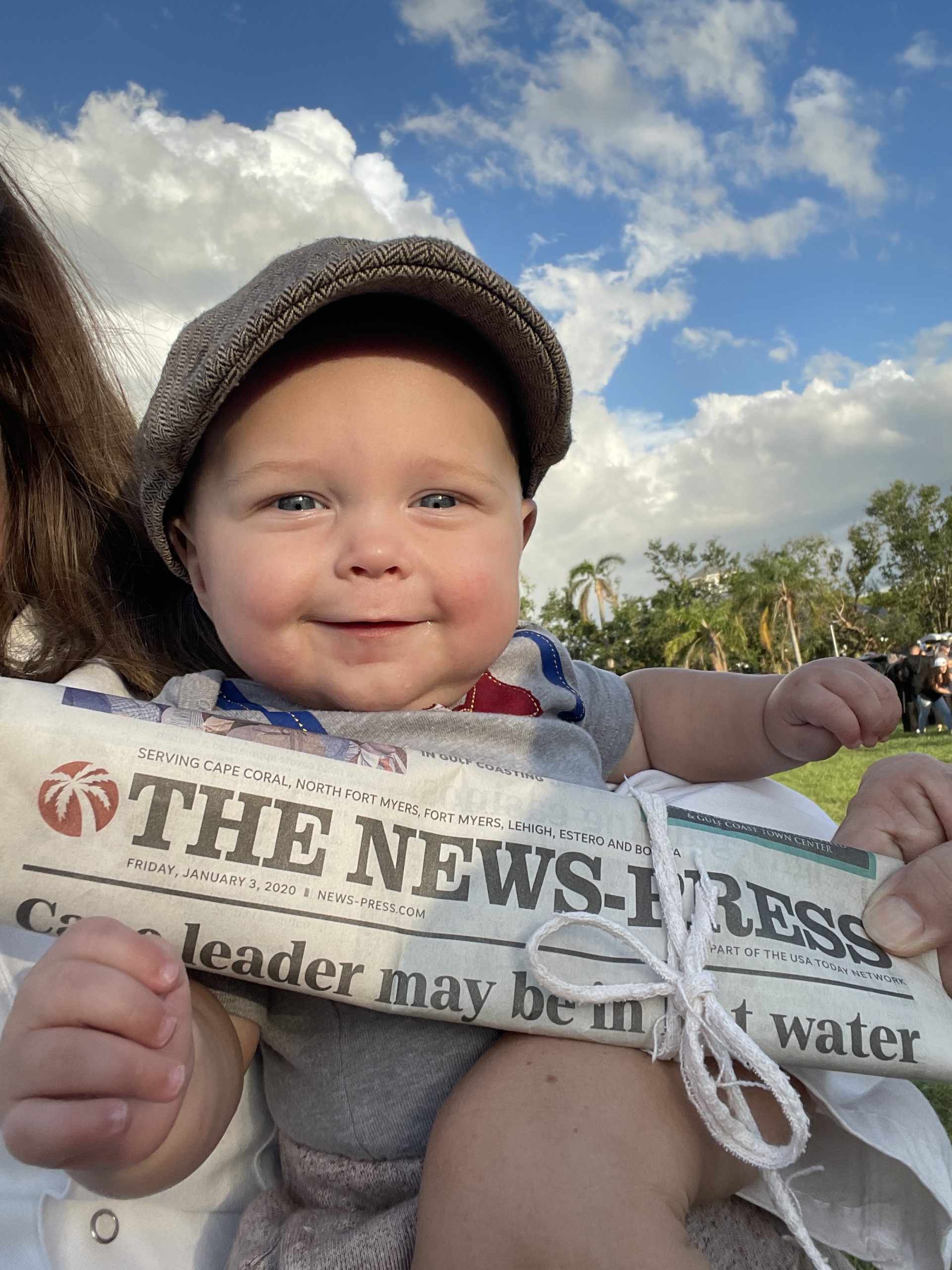 Brogan Jameson is the youngest member of the Alliance for the Arts staff. In his role as Assistant to the Director of Operations he’s responsible for assisting Jordan Jameson and keeping up office morale.

Berry van Boekel is a Fort Myers, Florida-based artist. His intensely obsessive ongoing project documenting the bands and musicians he listens to, has developed an avid following of art collectors, curators and music fans around the world.

Van Boekel writes “In February 1983, aged 18 years old—in the midst of exploring music, I made a chart of the 10 tracks that I’d enjoyed most. Then three days later I made another one and I’ve continued to do so every three or four days since. At the end of each year I collect all charts and compile a list of 100 songs from it. In 1986 I started to illustrate the lists, first with a copy machine but soon I started to draw. The Top 100 of 1991 was the first in which all one hundred entries were drawn by hand. I have claimed many times that a particular year was going to be the last one but instead I continue with more zeal every year.”

Firmly rooted in portraiture and figure painting, his work nonetheless is able explore a variety of stylistic approaches. The simple elegant concept of the list not only allows for experimentation with a wide range of musical tastes but also gives van Boekel license to evoke different moods and sensibilities within the paintings.

Van Boekel has exhibited with the prestigious alternative non-profit space White Columns in New York, other exhibition venues include Skylab in Columbus; Country Club Projects in Cincinnati, Peel Gallery in Houston; Tempus Projects in Tampa, with the NADA Art Fair in Miami, and most recently at the Dublin Arts Council in Ohio. Van Boekel moved to the United States in 1993 from the Netherlands. He received an MFA from The Ohio State University. Recently van Boekel opened The Top 100 Archive and Studio, a space near downtown Fort Myers dedicated to the history of his Top 100 project. 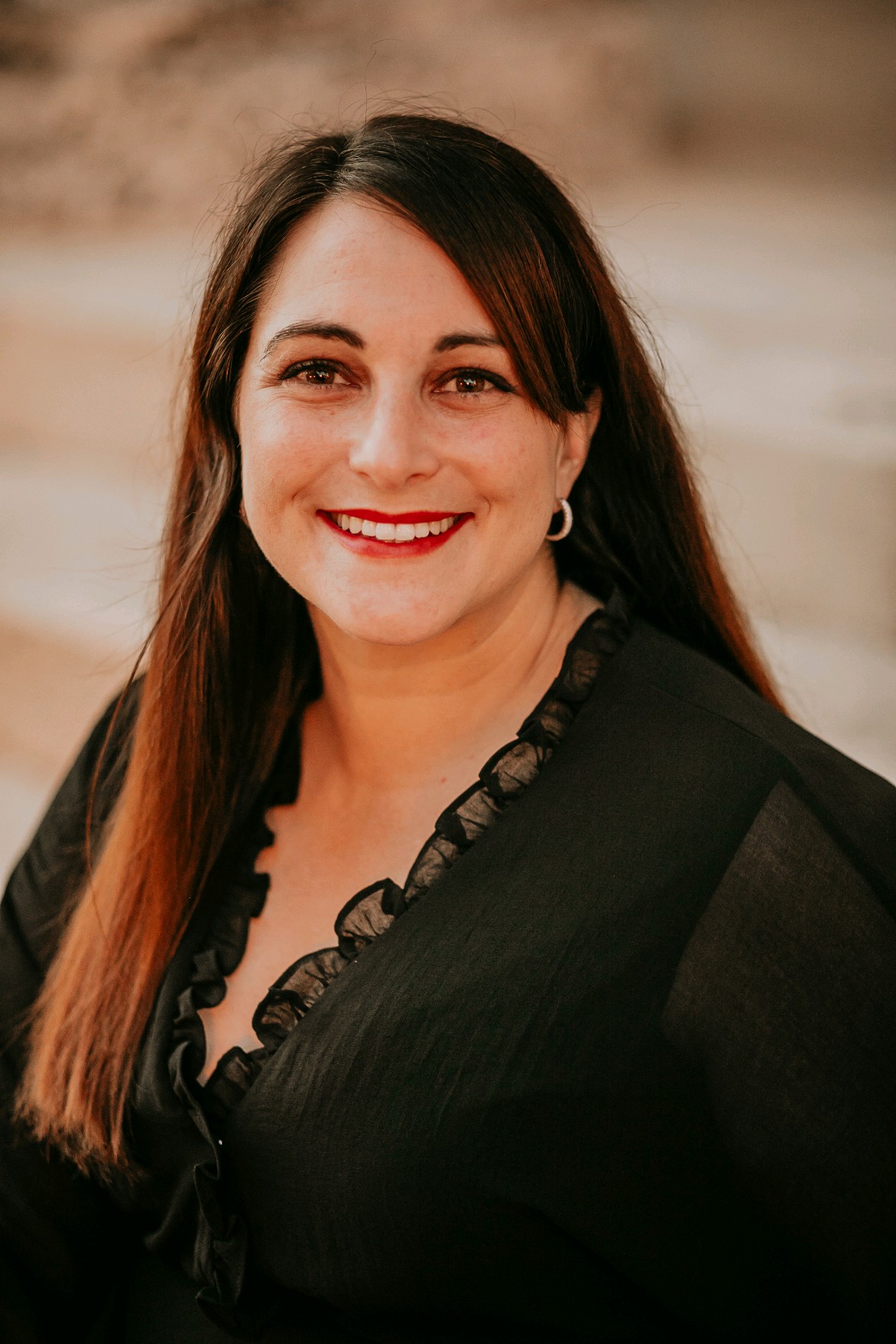 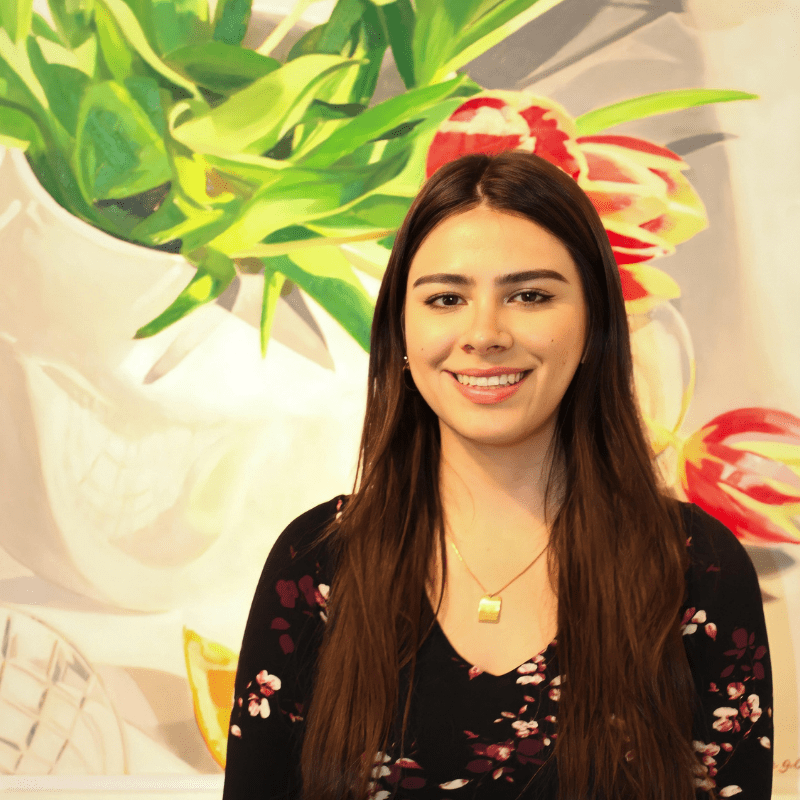 Sara Jones has an enormous drive for arts and community. She earned an A.A from Florida Southwestern State College with a Communications major in 2021, Sara brings years of experience in digital media creation and recently worked with UF’s film festival organizations to provide a great experience for students and people from all around.

Originally from Colombia, she grew up in the heart of the country where she acquired passion and skills for music, painting, film, photography, and dance. It allowed her to create a long lasting relationship with the artistic world and share her knowledge with those around. Sara is happy to help and spread the word about all the great opportunities we offer at the Alliance for the Arts so you can find that passion too and get more involved with our amazing community.