The Best Seats In Your House: Wild Ace Virtual Varieties 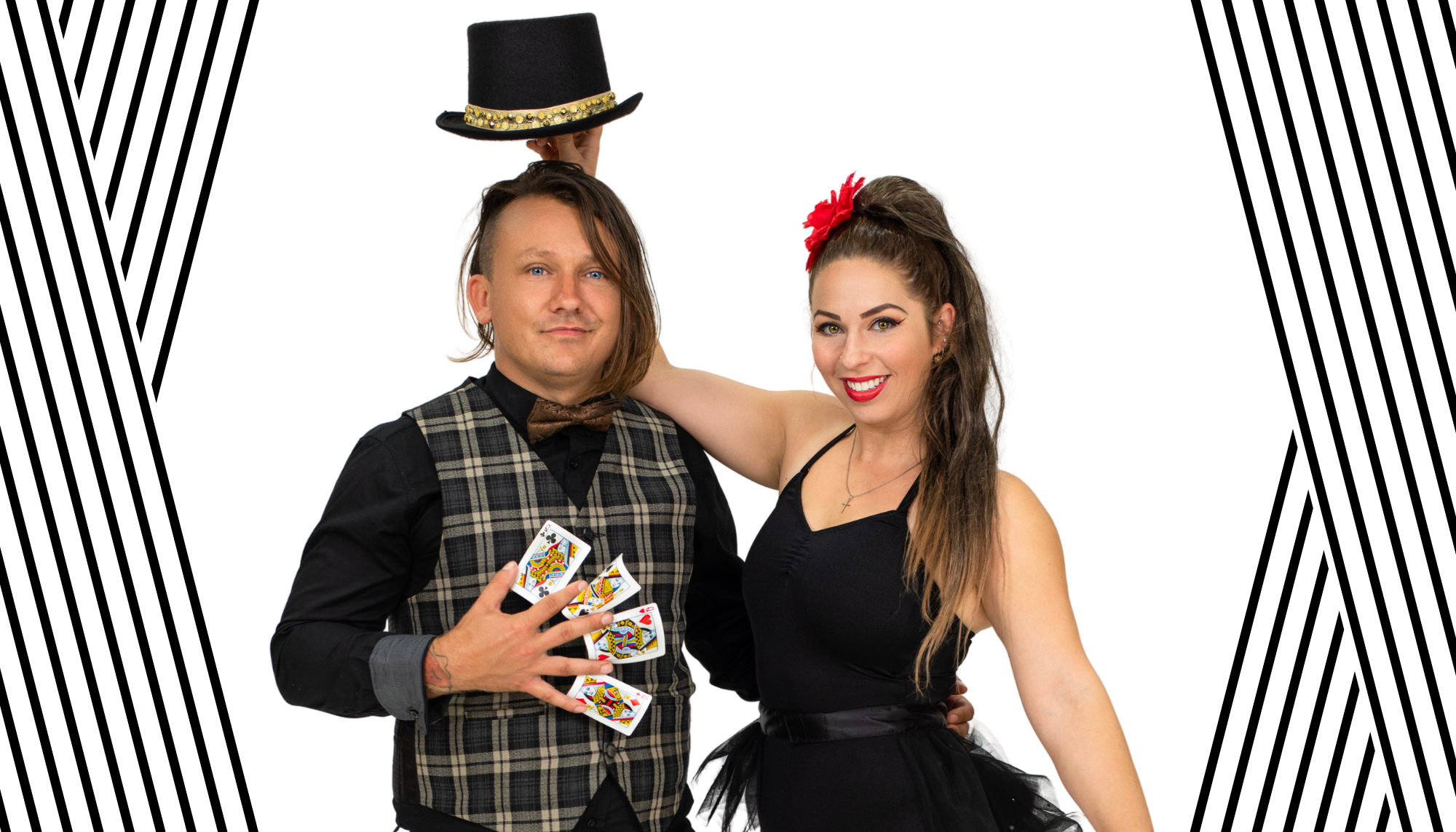 Experience and enjoy live entertainment from the best seats in your house!

On August 13, Wild Ace Virtual Varieties will present a virtual extravaganza jam-packed with magical mystery, clever circus, and comedy delights that audiences of all ages will enjoy! This family-friendly production ignites the imagination and sparks wonder through classic variety acts with modern sensibilities. Brought to you by the Alliance for the Arts and Wild Ace Entertainment, join southwest Florida’s vaudeville superstars George Gilbert and Brittany Sparkles for an evening to remember.

Creators, performers, fans, and newcomers of all ages are welcome, all we ask is that you RSVP so we can provide you with the access link and information.

Productions are free to stream, but a suggested donation supports the future of the arts in southwest Florida.

We will provide an access link via email prior to performances.

Brittany Sparkles: Born and raised on Long Island, New York, Brittany  is America’s Circus Sweetheart. She has over twenty combined years of dance, theater, cheerleading, martial arts, and circus training. She is a graduate of the elite National Institute of Circus Arts (NICA) in Melbourne, Australia, from where she earned a Bachelor’s of Circus Arts, specializing in aerial acrobatics and object manipulation. From quirky and cute to hard-hitting and action-packed, Brittany is a versatile performer and has been enchanting audiences with shows and classes all over the world– including the USA, Australia/New Zealand, and El Salvador– with her whimsical charms and powerful imagination. She has been on tour across the country under the Big Top with several traditional American circus companies, such as Cole Brothers Circus and George Carden Shrine Circus. She is rarely seen without her trademark pixie smile.

George Gilbert: Equipped with a suitcase full of props, masterful sleight of hand skills, and a knack for the comedic, George has been using his talents to amaze and amuse audiences around the globe for over a decade. Originally from Baltimore, Maryland, George first found his love of magic in elementary school after reading a book on Harry Houdini, whom he has since made very proud. He has performed all over North America and Europe to raving reviews, chasing his childhood dream of mystifying audiences while making them laugh. Whether George is performing his award winning act in a theatre, at an outdoor festival, or on national television, he is sure to astonish even the most skeptical audiences with his quick wit, natural charm, and clever illusions. George produced and hosted Baltimore’s “Some Variety” show twice, and has taken his show to Germany (Sankt Wendel Magic Competition) and Scotland (Edinburg Fringe Festival) to rave reviews.