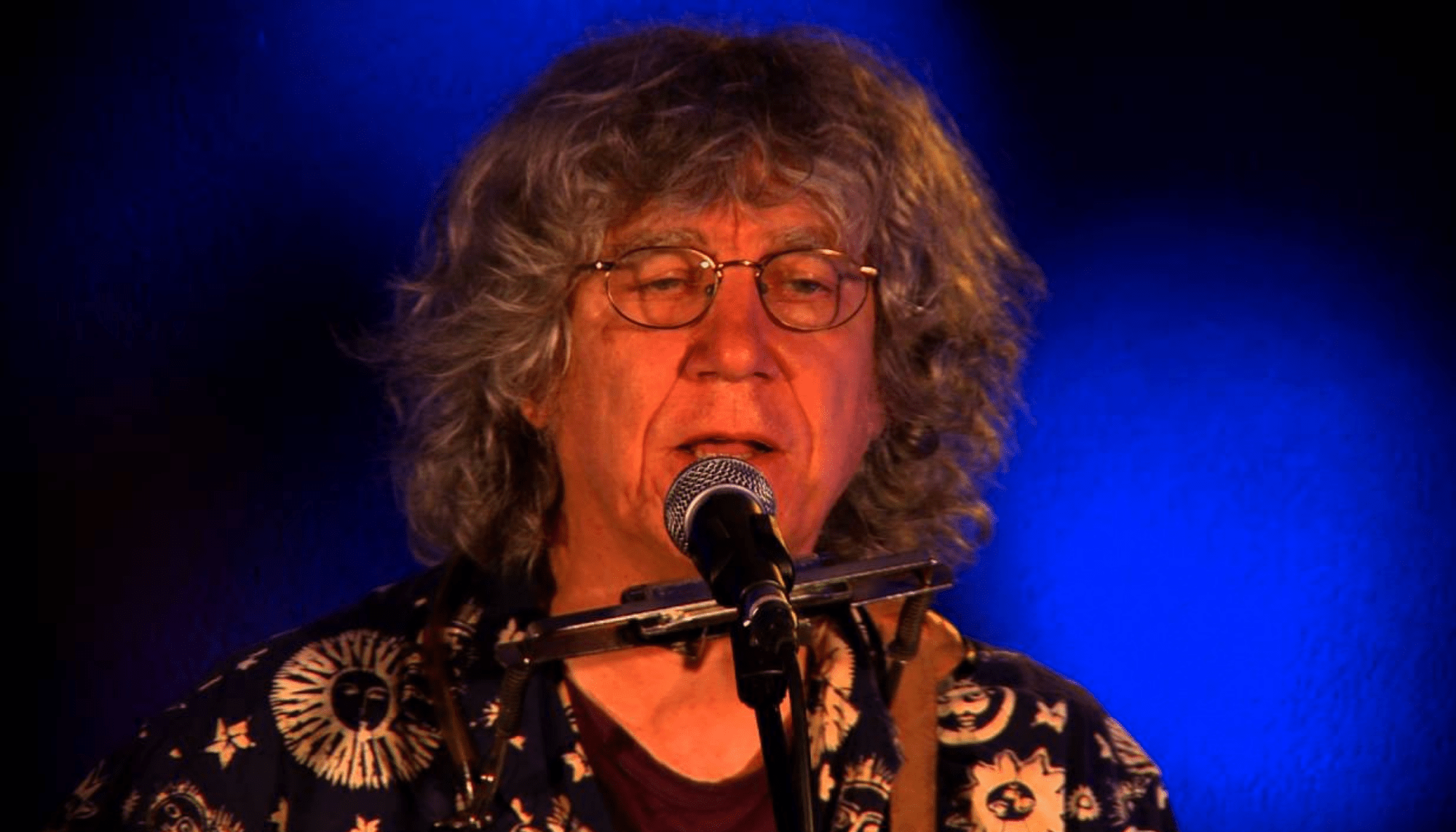 Rod MacDonald is an American singer-songwriter, novelist, and educator. He was a “big part of the 1980s folk revival in Greenwich Village clubs”, performing at the Speakeasy, The Bottom Line, Folk City, and the “Songwriter’s Exchange” at the Cornelia Street Cafe. He co-founded the Greenwich Village Folk Festival, now a non-profit, and is still the President and co-producer of its events. He is perhaps best known for his songs “American Jerusalem”, about the “contrast between the rich and the poor in Manhattan” (Sing Out!), “A Sailor’s Prayer”, “Coming of the Snow”, “Every Living Thing”, and “My Neighbors in Delray”, a description of the September 11 hijackers’ last days in Delray Beach, Florida, where MacDonald has lived since 1995. His songs have been covered by Dave Van Ronk, Shawn Colvin, Four Bitchin’ Babes, Jonathan Edwards, Garnet Rogers, Joe Jencks, and others. His 1985 recording “White Buffalo” is dedicated to Lakota Sioux ceremonial chief and healer Frank Fools Crow, whom he visited in 1981 and 1985, and who appears with MacDonald in the cover photograph. Since 1995 MacDonald has lived in south Florida, where his cd, “Later that Night” was named “Best Local Cd of 2014” by The Palm Beach Post and reached the top ten in national roots music charts.

Americana Community Music Association member musician Ross Jordan will open the show. Ross has been writing songs since he picked up a guitar at age 10. His songs reflect the regional influences from all of the parts of the country that he has lived from New Jersey to the West Coast to the Mid-West and now Southwest Florida, His songs feature catchy tunes and lyrics and audience members can often be seen dancing and swaying and singing along while he performs.

Guests are required to bring their own lawn chairs and blankets. No pets.