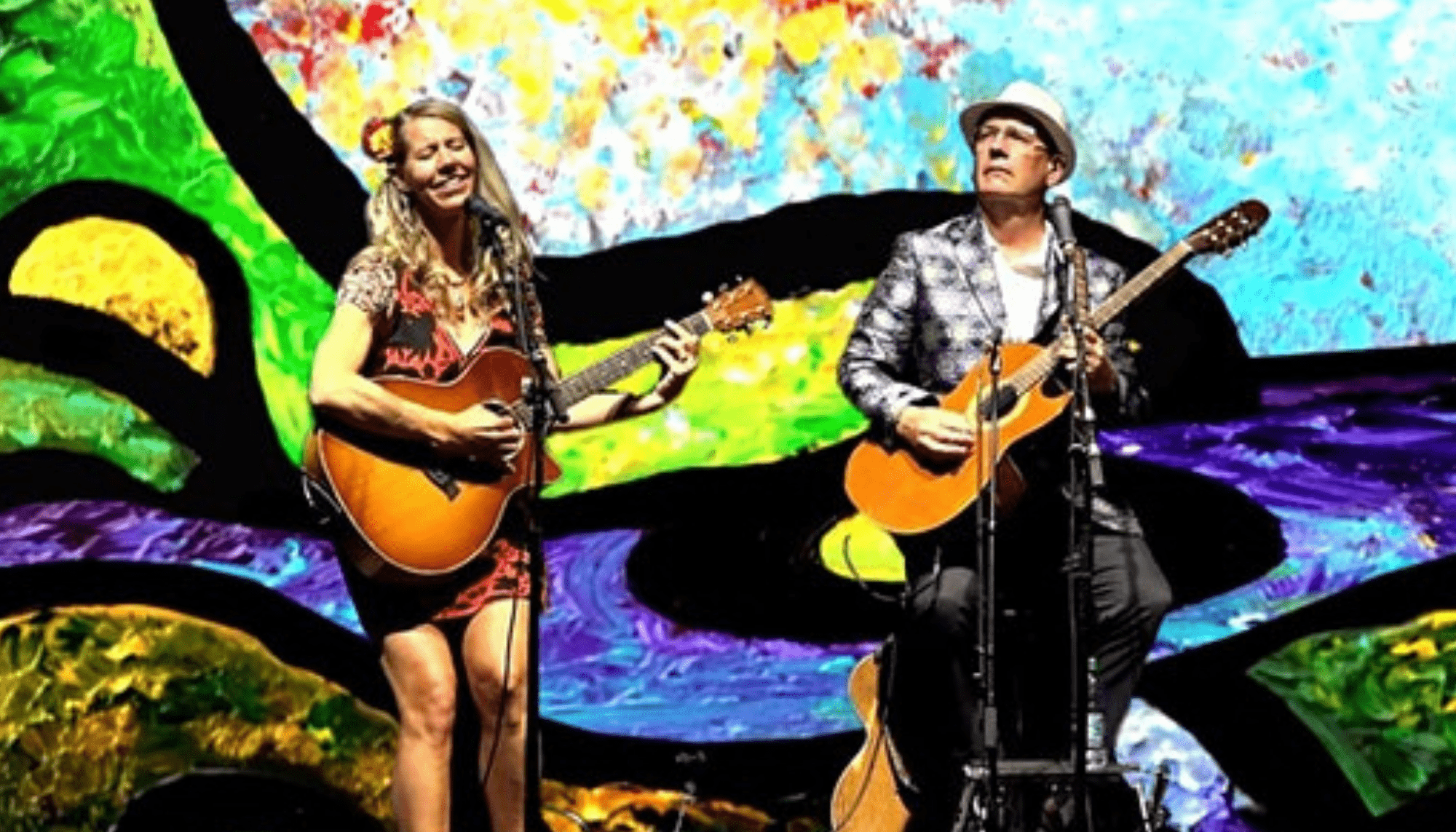 Patchouli & Terra Guitarra is the #1 Charting International Guitar duo Awarded 2017 Best Instrumental Album of the Year with 21 CDs and 4,500 shows in U.S. Europe and Asia. Remarkably, they are also renowned for their trademarked visual art concept with exhibitions on 3 continents. They bring their world class music and world class art together in the breathtaking animated painting concert experience, The Landscape of Guitar.

Zone Music Reporter calls Terra Guitarra “one of the top nuevo-flamenco groups in the world”, Awarded “Best Instrumental Album of the Year” for Of Sea & Stars. Patchouli is a folk festival headliner and Public Radio favorite with pure, sparkling lead vocals and beautiful harmonies.

Their sound, depth and virtuosity is described as “Simon and Garfunkel meets the Gipsy Kings” and City Pages compares it like “taking a yoga class in a field of running mustangs”. With 22 CDs, 5,000 shows played in US, Europe & Asia Patchouli & Terra Guitarra embody the spirit of the 60’s & 70’s and the Romance of the Spanish guitar, with their world class music that uplifts & gives hope in a show that “inspires the Human Spirit” – Chicago Tribune.