Once On This Island Jr. (Youth Theatre) 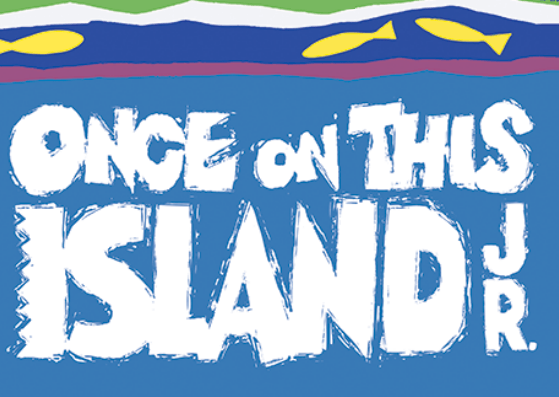 Adapted from the celebrated Broadway musical, this rousing Calypso-flavored tale follows one small girl who finds love in a world of prejudice.

With its poignant story and catchy Caribbean-flavored score, Once on This Island JR. is a highly original theatrical adaptation of Hans Christian Andersen’s popular fairy tale, The Little Mermaid, and the Tony-nominated Broadway musical by the legendary writing team, Ahrens and Flaherty.

Through almost non-stop song and dance, this full-hearted musical tells the story of Ti Moune, a peasant girl who rescues and falls in love with Daniel, a wealthy boy from the other side of her island. When Daniel is returned to his people, the fantastical gods who rule the island guide Ti Moune on a quest that will test the strength of her love against the powerful forces of prejudice, hatred and even death.

Equally effective regardless of your cast size, Once on This Island JR.features minimal, though colorful, sets and costumes that will capture your audiences’ imaginations. Creative movement is also part of the show’s style, calling upon performers to portray trees, wild animals and even a fierce rainstorm.

Join us for our Open Studio, just for youth! Kids, grades 3rd-12th, can come in and use our studio space to create whatever their heart guides them to.

Marliss’ classes include 45 minutes of basic instruction in the style of Hawaiian, Tahitian, Maori and Samoan including mastering performance dances and songs.

Marliss’ classes include 45 minutes of basic instruction in the style of Hawaiian, Tahitian, Maori and Samoan including mastering performance dances and songs. Students ages 3 – 9 practice from 4:30-5:15 p.m. Students 10 and older practice from 5:15 – 6:15 p.m. Performances are held around the community 3-4 times a year. Costumes are required at a minimal cost.