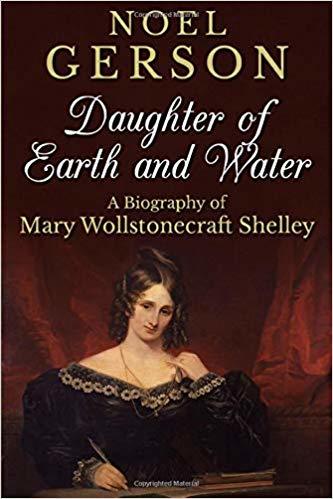 This is a story of love and of genius. Of faith and of rebellion. Mary Wollstonecraft was fifteen when, in 1813, she met the poet Percy Bysshe Shelley. A disciple of Mary’s famous father, the philosopher William Godwin (her mother was the great feminist Mary Wollstonecraft), Shelley himself was only twenty, though he was married and soon to be a father. Mary and Shelley fell in love the next summer; and several months later they ran away together. Thus began one of the most tragic, poignant, and, in all respects, brilliant relationships between a woman and a man that has ever been recorded. Shelley went on writing the poetry that was to make him one of the immortals. And Mary, as the result of a contest to see who could produce the best tale of the supernatural, wrote the classic Frankenstein. She was nineteen when she completed Frankenstein, which was at first published anonymously because of the prejudice at the time against female writers. Though they married in 1816, following the suicide of Shelley’s wife, Mary and Shelley were for all their time together considered scandalous for their behavior; in fact, they were both quite prudish and disapproved, for example, of the celebrated sexual exploits of their friend Lord Byron. Their lives were dogged by tragedy: suicide in both families, the early deaths of their first two children, and, finally, the death by drowning of Percy Bysshe Shelley at the age of twenty-nine. Mary Shelley was one of the most remarkable and celebrated women of her time, and for all her happiness with her husband, life was not kind to her. But she never went under, and her story is touching, real, inspiring.