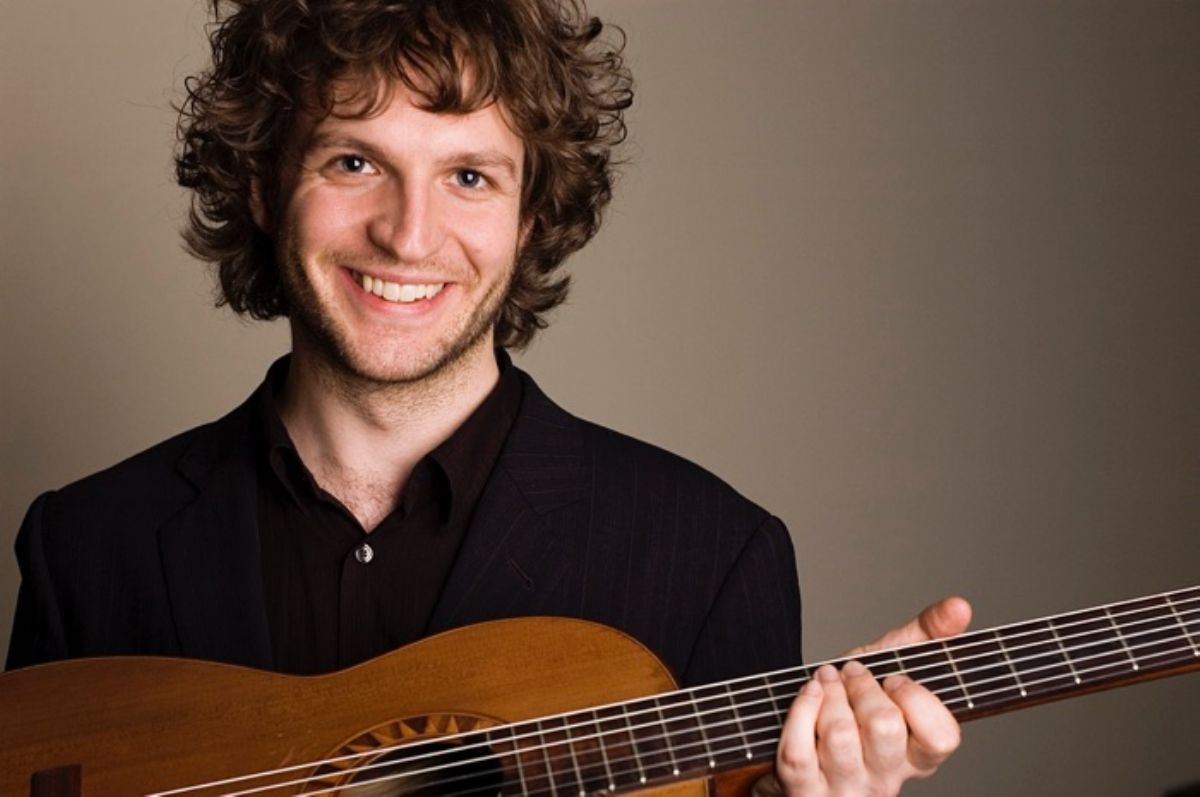 In the world of art and music, the “masters” of the art are called upon to share their knowledge with the young – a tradition of “paying it forward”.

Rupert Boyd will share his knowledge, experience, and know-how with the younger generation, giving you a chance to glimpse behind the scenes of how the magic of inspired music-making comes to life.

This event is free but reservations are required. For help registering, please call 469-333-3231.

New York-based Australian classical guitarist Rupert Boyd has been described by The Washington Post as “truly evocative,” by Gramophone as “a very fine musician,” and by Classical Guitar Magazine as “a player who deserves to be heard.” His performances have taken him across four continents, from New York’s Carnegie Hall, to the Barcelona Guitar Festival in Spain, Strings-139 Festival in China, Festival de Musique Classique in France, Gharana Music Festival in Nepal, and every state and territory in Australia.

Rupert Boyd has released three solo recordings: The Guitar (Sono Luminus) was described by This Is Classical Guitar as “a must-have album of 2019”, and received the following praise in The Weekend Australian: “Instantly one’s ears are pricked up by Boyd’s interpretive directness and a sparkling technique”; Fantasías (Little Mystery Records) was selected by American Record Guide as “Critic’s Choice” of 2016, and was described by Classical Guitar Magazine as “a triumph of brilliant assured playing”; Boyd’s debut recording Valses Poéticos received the following review in Soundboard, the Guitar Foundation of America’s quarterly publication: “Boyd’s playing is beautifully refined, with gorgeous tone… musically and technically flawless… the album is first-rate.” Soundboard also described the eponymous work by Granados as “one of the best recorded performances of this work on guitar.”

Active as both a soloist and chamber musician, Rupert Boyd regularly performs throughout the world as part of the Australian Guitar Duo with guitarist Jacob Cordover, and in Boyd Meets Girl, with cellist Laura Metcalf. The Australian Guitar Duo was a prizewinner of the Chamber Music section of the Australian Guitar Competition, and its debut CD Songs from the Forest was described as “wonderfully entertaining” by Classical Guitar Magazine, and “very impressive” by Soundboard Magazine. Boyd Meets Girl’s debut album, released in 2017 on the Sono Luminus label, reached #3 on the Billboard Traditional Classical charts, and received the following review in Gramophone Magazine: “they play like one, with a harmony of purpose as sure as their intonation.”