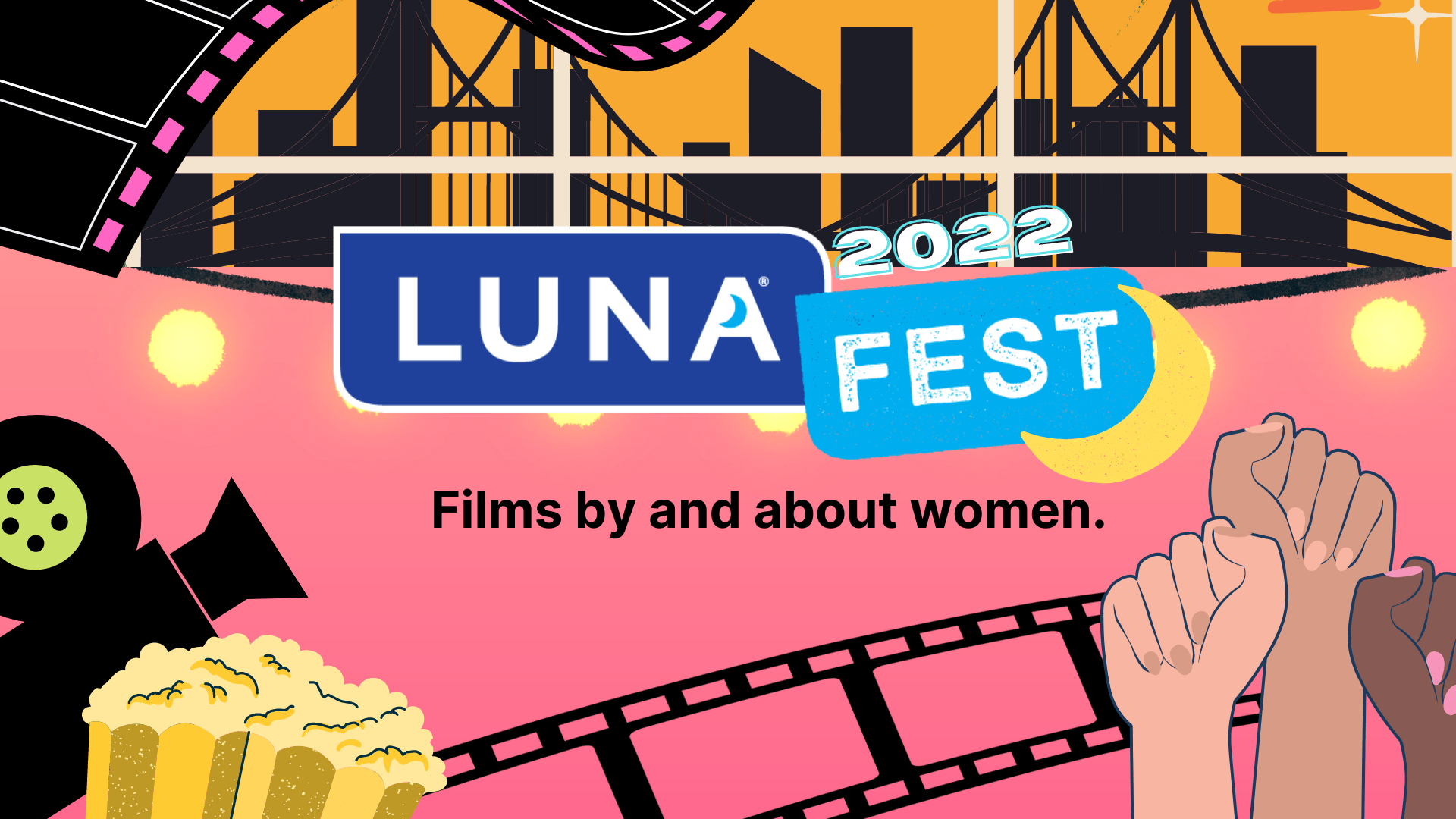 LunaFest celebrates a powerful and diverse set of women filmmakers and helps expose their short films to a national platform. LunaFest has empowered and shared the work of more than 170 women filmmakers giving them the opportunity to tell their stories and opening the door for filmmakers who might not otherwise be given the chance to show their art.

There are two options for this event, benefiting Alliance for the Arts

If you would like to showcase your business at the onsite events, we have a variety of table sponsorships to purchase. Don’t miss out on the connection and camaraderie!

HOW TO BE AT HOME
By Andrea Dorfman

This is an animated poem about coping with isolation during the COVID-19 pandemic. Andrea Dorfman is a Halifax-based screenwriter and film director who creates experimental short films and feature films, as well as mini-documentaries. She directed the Emmy Award–winning films Flawed (2010) and Big Mouth (2012).

This short film is about an immigrant dog walker who finds connection in the hearts of the wealthy pets she cares for. Akanksha Cruczynski, is an Indian writer and filmmaker who studied comedy at the Annoyance Theater in Chicago. In addition to being shown at several other Academy Award–qualifying film festivals, Akanksha is passionate about telling stories from underserved communities and using humor to guide them.

A 13-year-old girl designs and builds a mobile app to help kids stay connected to their incarcerated parents by sending photos and letters. Samantha Knowles is a Dartmouth College graduate and Brooklyn-based documentary filmmaker. Her work has been showcased at various film festivals like the 2020 Tribeca Film Festival and among other publications was featured in the New York Daily News, USA Today, Jet magazine, the Huffington Post, theGrio, and BET.com

PROOF OF LOSS
By Katherine Fisher

When a fire takes their home, a father and daughter must find a way to salvage what remains: each other. Proof of Loss is Katherine Fisher’s directorial debut. She is an Emmy-nominated producer with 15 years of experience in narrative and documentary filmmaking. Her work has been screened at several festivals including Sundance Film Festival.

WHEN YOU CLEAN A STRANGER’S HOME
By Sharon Arteaga

A first-generation high school student describes what she and her mom learn about people when cleaning their homes. Sharon Arteaga is a first-generation Mexican-American filmmaker from Corpus Christi, Texas. Arteaga’s work playfully incorporates themes of generational, linguistic, and cultural differences between people. She has won numerous short film competitions for her films When I Grow Up, Plane Pretend, and When You Clean a Stranger’s Home.

BETWEEN THE LINES: LIZ AT LARGE
By Abi Cole

Frustrated with the lack of character diversity in The New Yorker’s cartoons, an artist submits her own illustrations, becoming the first Black woman cartoonist in the magazine’s near-century run. Director and producer Abi Cole recently graduated from George Washington University with a bachelor’s degree in journalism. Her work has been published in the Guardian, Outdoor Life, and Popular Science.

A Bronx woman’s accidental social experiment connects her with fellow New Yorkers who might otherwise forever remain strangers. Emily McAllister is an independent filmmaker and freelancer known for Maidentrip (2013), Mateo (2014), The Diplomat (2015), and most recently, Wearable Tracy (2021).

TO THE FUTURE, WITH LOVE
By Shaleece Haas & Hunter “Pixel” Jimenez

An animated self-portrait of a nonbinary trans teen caught between the expectations of his Guatemalan immigrant family and his dreams of living happily ever after with his long-distance boyfriend. Shaleece has been an Impact Partners Documentary Producing Fellow, Film Independent Documentary Lab Fellow, and Working Films Fellow.