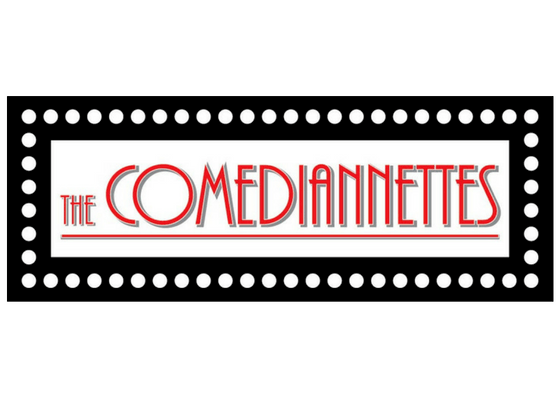 Cindy-Ann Jane Boisson: Born and raised in Trinidad and Tobago it was clear at an early age that she was destined to entertain. In 2014 bored out of her empty nest syndrome she decided to jump into stand-up comedy and she found her home. A finalist for Florida’s Funniest Female, she has performed throughout the United States and Canada. Her love for comedy has also led her to produce her own successfully sold out productions here and in her island of Trinidad With her signature show called ‘Mauvais Langue’

Lindsay Glazer: Comedian Lindsay Glazer has been taking the comedy world by storm performing at legendary clubs like The Comic Strip, Dangerfield’s, Laugh Factory and Comedy Central Stage’s Sit N’ Spin show, killing crowds with her tough as nails brand of brutally funny stand-up.  “I have a take-no-prisoners approach to comedy” says Lindsay. “That’s the job of the police. Why are you asking me to take prisoners??? Where would I keep them?” Professional, capable and funny as hell, Lindsay Glazer is not just the comedian you want, she’s the comedian you deserve.

Angela Nacca: Born and raised in New Haven and then moving to West Palm Beach, Florida 17 years ago, Angela Nacca has been a hit in a multitude of venues, from the Improv’s in South Florida to Funny Bones in Hartford, CT to the J SPOT in LA.  Angela has toured with the COMIC’S ROCK TOUR performing in Washington DC, Virginia Beach and Staten Island.  She was 2018 runner up in Florida’a Funniest Female and 2017 runner up in Ultimate Miami Comedian. She has been selected as one of the Top 101 comedians to compete in The World Series of Comedy in Las Vegas.

Stephanie Oliver: Our Featurette is new to Comedy but not to the stage, Stephanie Oliver is a latina comic with a knack for funny. She has an extensive theatre background and is a graduate of Cleveland School of the Arts. She began performing stand-up in 2016 to get back to her art and quickly took to the comedy stage. She was such a natural that she scooped up a finalist spot at this year’s 2018 ‘Ultimate Miami Comedian”.

Grand Piano Series presents Boyd Meets Girl for family-friendly concerts with inspiring music. Each Concert is limited to 30minutes to ensure the best experience for all ages. Our youngest community members are…