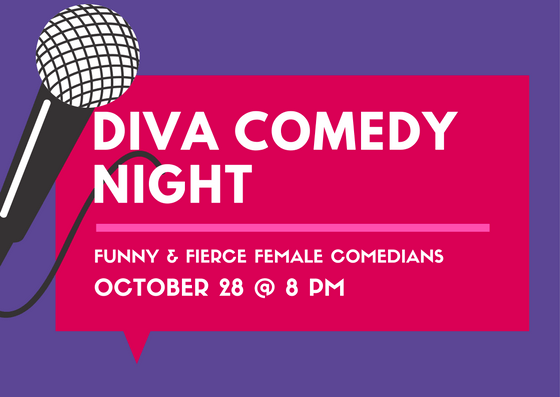 Diva Comedy Night is Sold Out!

You can join the wait list or get ahead of the game and reserve your tickets in advance for the return of the Divas on Jan. 6th now!

Save the Date for Diva Comedy II – January 26