Broadsides: Poetry Off The Shelf 2017 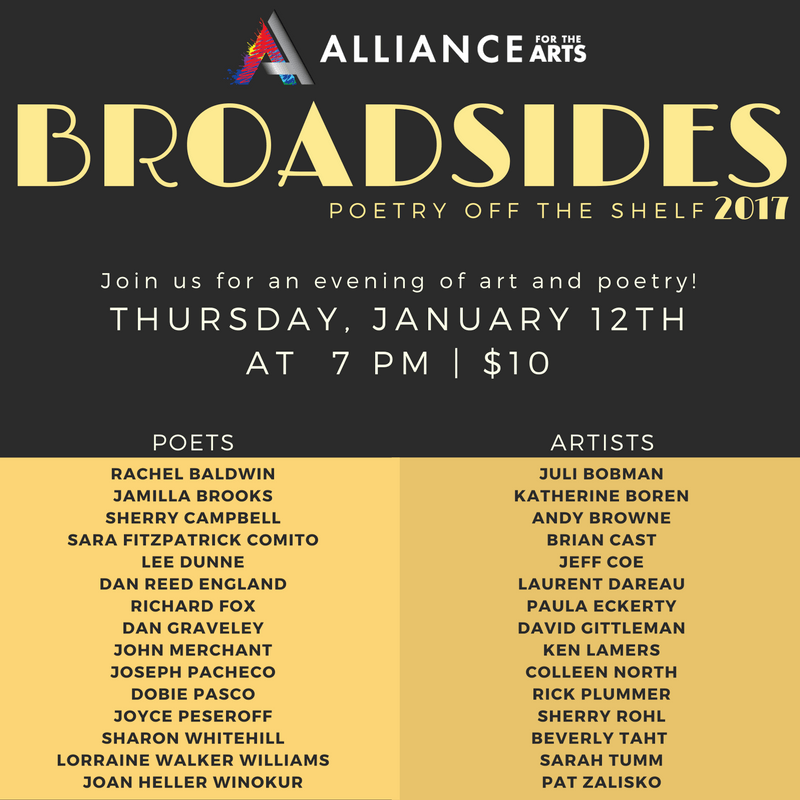 Celebrate poetry and art during Broadsides: Poetry off the Shelf at the Alliance for the Arts on Thursday, January 12th. Now in its fourth year, Broadsides features the words of 15 poets merged with images created by 15 visual artists into printed posters. You can see the finished Broadsides and hear the poets read their works during a reception in the Foulds Theatre at the Alliance on Thursday, January 12th at 7PM. There is a $10 suggested donation. Limited edition prints of the broadsides will be exhibited in the Alliance theatre lobby throughout the month of January and will be available for purchase. Click HERE to learn more about this year’s poetry juror, FGCU Professor Jim Brock.

The finished Broadsides will be displayed in the Theatre Gallery from January 6 – 28.