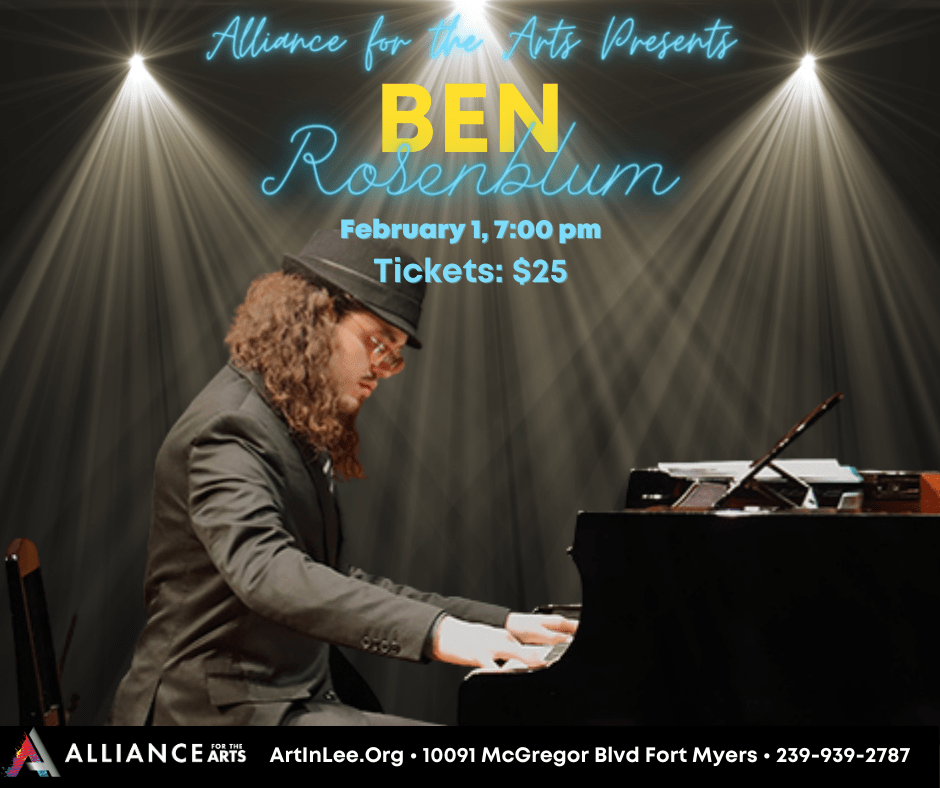 Join us in our Foulds Theatre for an intimate evening of Jazz by Award-winning New York City jazz pianist Ben Rosenblum. The internationally touring multi-instrumentalist has been described as “mature beyond his years,” (Sea of Tranquility), an “impressive talent” (All About Jazz), who “caresses [the music] with the reverence it merits” (Downbeat Magazine). Drawing from an eclectic repertoire which includes selections from the jazz and popular music traditions, as well as global music influences from South America, Eastern Europe, Ireland and the Caribbean, Rosenblum combines his modern, melodic sensibility with his broad knowledge of a variety of musical lineages from the past one hundred years. The band never repeats the same program twice in a row – every evening is a unique experience shaped by the audience and the setting.

Since the release of his debut trio album, Instead (4 stars, Downbeat), Rosenblum has toured with his trio and sextet throughout the United States, including multiple extensive tours of the Northeast, Midwest, South and West Coast, and internationally in Canada, Europe and Japan. He was a featured soloist at Carnegie Hall’s Stern-Perelman Auditorium – with Reona Ito’s New York Harmonic Band – and has appeared at prestigious venues throughout the world, including at the Appel Room at Lincoln Center, Kuumbwa Jazz Center, Ravinia, Himawari-No-Sato Concert Hall in Yokohama, Bird’s Eye in Basel and the Library of Congress. His second album, River City, was called “richly romantic” and “well-realized” by JAZZIZ Magazine, which featured the title track as part of their Fall 2018 CD. Recently, Rosenblum released his third album, Kites and Strings, which is the first to feature him on both piano and accordion alongside his sextet, the Nebula Project. In 2020, the Nebula Project was voted runner-up for Best New Artist in JazzTimes’ Readers’ Poll.

Tickets are $25 and available through Eventbrite.