Diva Comedy Night at the Alliance for the Arts on Feb. 18 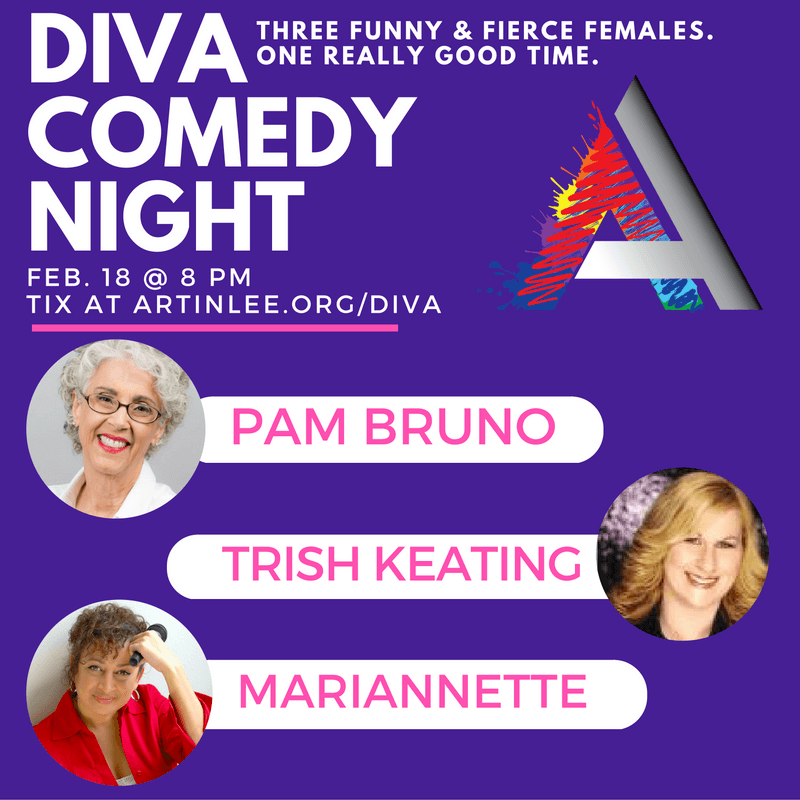 The Alliance for the Arts will present Diva Comedy Night on February 18 at 8 p.m. in the theatre. This one night of side-splitting stand-up comedy features three funny and fierce female comedians all from Florida.  General seating tickets are $15 for Alliance members and $20 for non-members.

Pam Bruno, from Hollywood, FL, is the winner of 2015 Ultimate Miami Comedian. Pam has worked with many nationally known comedians, including Wendy Liebman, Emmy-winner Louie Anderson, Tommy Davidson, Bobby Lee, and the legendary singer Roberta Flack. She recently appeared with Kevin Hart in his new TV series, Hart of the City, on Comedy Central.

Trish Keating, from Tampa, FL, has been nominated for a 2013 STAR Award for Best Supporting Actress in “Brighton Beach Memoirs” at the Francis Wilson Theater. She was a divisional semi-finalist for the Boston Comedy Festival, featured in the Tampa Bay Comedy Festival and in “The Teacher’s Lounge Comedy Show” series at The Tampa Improv. Has worked with comedians like Victoria Jackson and Wanda Sykes who said.. “Trish’s got jokes!

Mariannette, from Fort Myers, FL, is a professional actress and writer of over 25 years turned comedian.  She was a finalist in Nick @ Nite’s ‘America’s Funniest Mom’ and Winner of the 2nd Annual Comedians Ball in Florida and finalist in Comic Cure’s ‘Florida’s Funniest Female’. She has featured for top comedians like Craig Shoemaker, Michael Winslow, Judy Tenuta and Pauly Shore.