We are pleased to announce the appointment of Sonya McCarter as Community Engagement Coordinator and Micah-Shane Brewer as Education Coordinator!

McCarter will be responsible for membership services, audience development and community engagement.

Science Fiction enthusiast, teacher, actress, singer and lover of all things theatre, Sonya’s interest in the performing arts began with her 8th grade Drama class. Her interest soon became an obsession when she starred as Dr. Van Helsing in her high school production of Dracula. Since then, she has incorporated her love of theatre in as many areas of her life as possible.  As an English teacher at a private school, she instituted a Drama and Speech program; she has produced and directed original plays for her church and community; and pursued her passion of acting in television, film and the local stage. Sonya connected with the Alliance in 2012, performing as the Lady Orange in For Colored Girls and later continued her involvement as Director of several shows. Her heart’s passion is to help facilitate engaging, compelling and meaningful theatre in Fort Myers that acknowledges and celebrates our cultural differences while exploring the universal ties that bind us all together.

“I am honored to be joining the Alliance for the Arts family,” says McCarter. “Who wouldn’t love being enveloped by the creative artistic expressions of our wonderfully diverse community on a daily basis? I look forward to exploring new and innovative ways to connect our collective community to the wonder of creative arts.”

Originally from Tennessee, Micah-Shane is delighted to be joining the Alliance for the Arts. As an actor, director and musician, Micah-Shane loves the opportunity to create and collaborate with other artists, and understands what an important role the performing and visual arts play in a vibrant community. 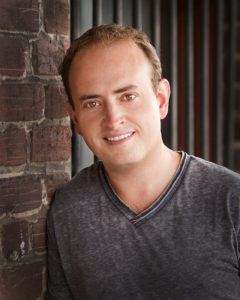 Micah-Shane has led and worked with non-profit arts organizations for over 15 years. As a director, he was the Founding Artistic Director of Encore Theatrical Company in Morristown, Tennessee, and has guest directed for other regional companies. He has directed over 60 productions and produced others. Onstage, his favorite acting credits include Doubt (Father Flynn), Sweeney Todd (Tobias), Spamalot (Sir Robin), Sunday in the Park with George (George), and The Full Monty (Malcolm). He has also worked extensively as a vocalist, musical director, vocal coach, pianist, and lecturer. He enjoys teaching and working with students.

“I am very excited to join the Alliance team,” says Brewer.  “The arts play a vital role in the quality of life for a community, and the mission of the Alliance appeals to me as an artist and educator. I look forward to working with our team to promote and expand our educational offerings.”