The Mountaintop by Katori Hall and directed by Rick Sebastian 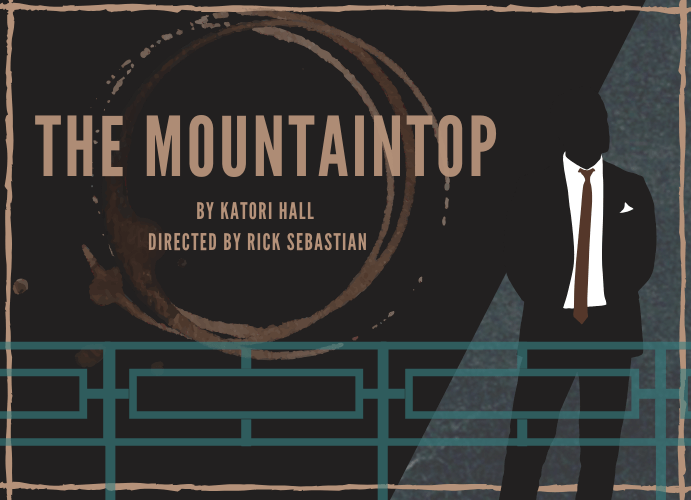 The Mountaintop is a two-person drama about the last day of the Reverend Dr. Martin Luther King, Jr. The entire play is set in the Lorraine Hotel room, the evening before his assassination. King is alone, trying to create yet another powerful speech. When he orders a cup of coffee from room service, a mysterious woman arrives, bringing much more than a late-night beverage. What follows is a reflective, often funny, often touching conversation in which Dr. King examines his achievements, his failures and his unfinished dreams.

This production is presented in conjunction with the 35th Annual Dr. Martin Luther King Jr. Legacy Weekend hosted by the Dunbar Festival Committee and sponsored by William & Shareen Groce with support from the National Endowment of the Arts.

This play contains dialogue related to racial tension and adult language. It is a fictional depiction of the night before Dr. King was assassinated and while the playwright sheds light on the humanity of Dr. King, she does so in a way that celebrates his life and legacy in spite of his own human struggles, fierce opposition and many challenges. The production is 90 minutes with no intermission.