Creating Inside Out: The Art of Ian Summers

PriceAdmission to the gallery is free, but a $5 suggested donation keeps programming affordable and accessible 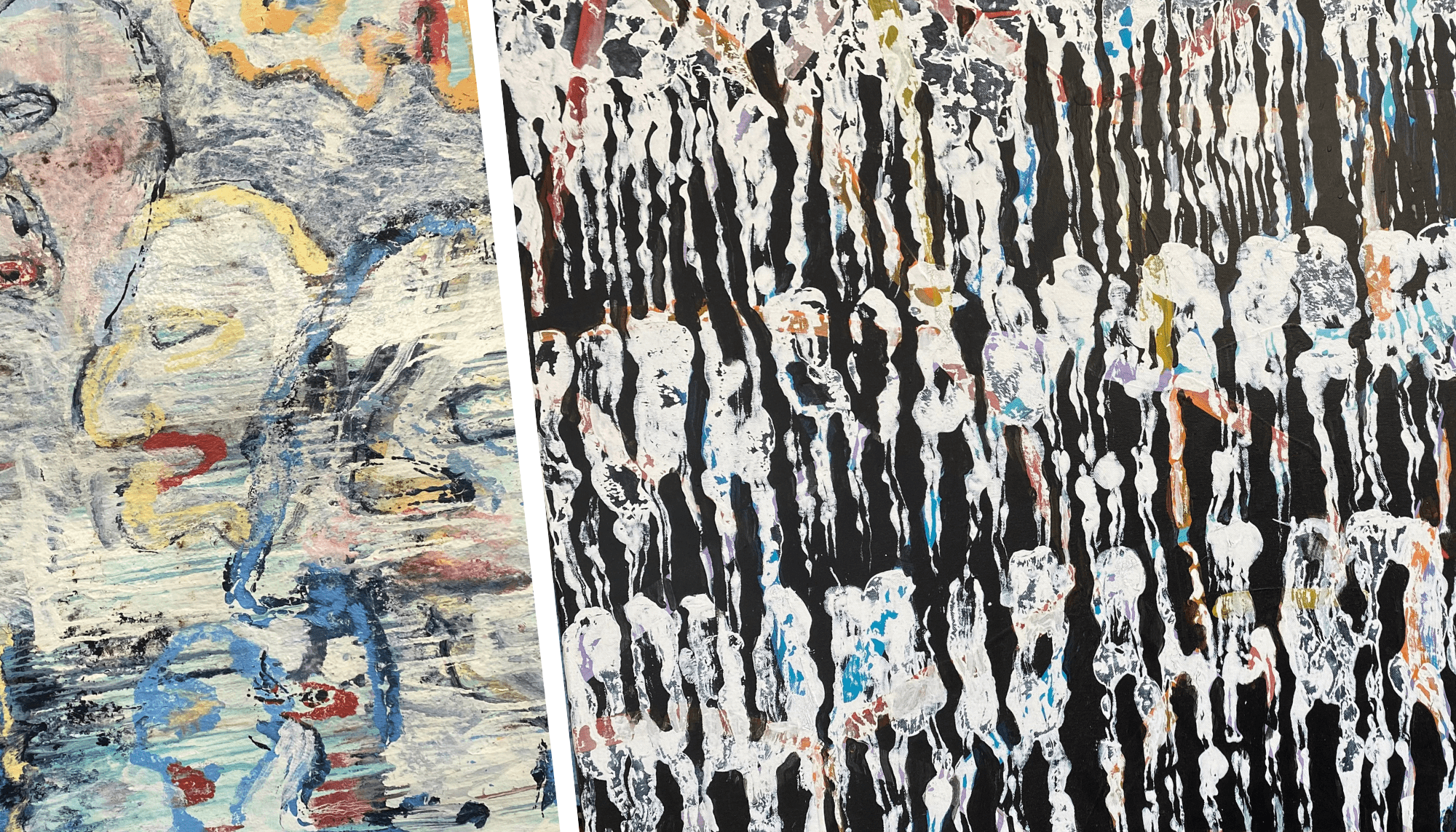 Ian Summers’ main subject is faces. He describes his work as “conjured,” rather than conventional portraits. He works primarily in acrylics on large-scale canvases and other surfaces, such as tarpaper and board.

Ian Summers was born in Patterson, NJ. He studied at the University Bridgeport, CT where he completed a degree in Art Education, later becoming an art teacher in Wayne, NJ. His desire to create and expand his artistic career took him to Europe in the mid 1960’s. He lived in Paris for a short time, when an unexpected opportunity took him to London, where he taught art the American School. He exhibited in London and conducted speeches at art clubs and centers, like the Unites States Information Center. In 1967, Summers moved to New York where his first daughter was born. After the birth of his second daughter, he started working in advertising as a creative director, working with some of the most important authors in the world. Amongst these, Isaac Asimov, whose book cover landed Summers a place in the science fiction community. As a member of the Society of Illustrators of New York, he received an award for best paperback cover, for several years. After years working for Random House publishing, he became a career consultant to people in the creative field, using a problem solving technique he called “Heart-storming.” In 2021, he joined the Union Artist Studios in Fort Myers, FL. He currently lives in Southwest Florida with his wife Wendy.

Opening Reception: September 2, 5-7pm • See it first. See it free. This event is open to the public. Come meet your neighbors at this free event!

The Human Body has been one of the focal points of art ever since we started drawing on walls and shaping clay. The idea of the human form being something that should be hidden, or covered, is many times at the center of debates and conversations of “decency”. Famously, the phase, “I know it when I see it” was used in 1964 by United States Supreme Court Justice Potter Stewart to describe his threshold test for obscenity in Jacob Ellis v. Ohio. In explaining why the material at issue in the case was not obscene under the Roth test, and therefore, was protected speech that could not be censored, Stewart wrote: “I shall not today attempt further to define the kinds of material I understand to be embraced within that shorthand description [“hard-core pornography”], and perhaps I could never succeed in intelligibly doing so. But I know it when I see it, and the motion picture involved in this case is not that.” With this in mind, I present “PAINTED BODIES”. A series that asks the question, “Where do we draw the line?” Are you viewing the Human form, or is the Paint the first thing that takes your attention? Instead of using the walls of the cave, or clay to show the body. I am using the body to showcase itself. What would Justice Stewart say about this? Do you agree with his outlook of, “I know it when I see it”?

Admission to our galleries is free all day, every day. Help keep it that way! Your membership or donation enables us to present amazing exhibitions and engaging programs that make the Alliance an artistic, creative treasure.

Come be our guest as you sing along with Disney Karaoke! Step on stage, go the distance and belt out your beloved Disney tunes with your family, friends and neighbors!

ArtPlay: Dance for Artists with Autism

Come move with us! Our ArtPlay classes are designed to engage students ages 8 - 25 with Autism Spectrum Disorder in the arts while focusing on identity development, self-awareness, self-esteem, social communication, and building positive coping skills. Classes hosted in partnership with Family Initiative.